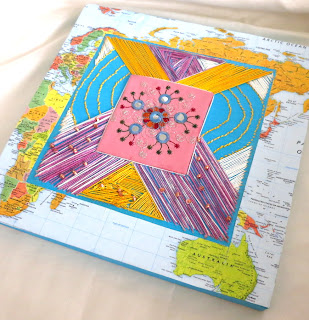 This is my rendition of the scientific phenomenon known as electromagnetism in a three-dimensional format. The idea for it came after seeing digital rendition of protein molecules in the shape of ribbons, tendrils and corkscrews in the chemistry magazines that my husband, who is a chemist, subscribes to.

Electromagnetism is one of the fundamental forces of nature that regulate the movement of particles. To represent this phenomenon in art form,  I used a stretched canvas, embroidery threads, metallic beads and paints. I edged the borders with a map of the world to emphasize it show its material aspects. 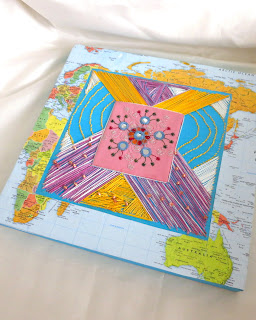 I have also incorporated some zentangle patterns, such as the Golven to add depth to the design. It was not intentional but as I was doing the art, I noticed how these patterns were getting woven into it. Overall, I am pleased with the three dimensionality I have been able to achieve just with hand tools and techniques.
Submitted for I am the Diva Weekly Challenge #61 . 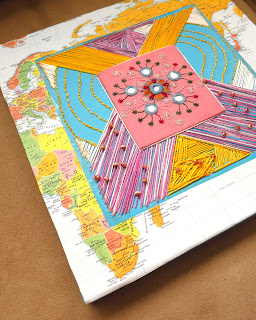