J is for Justice 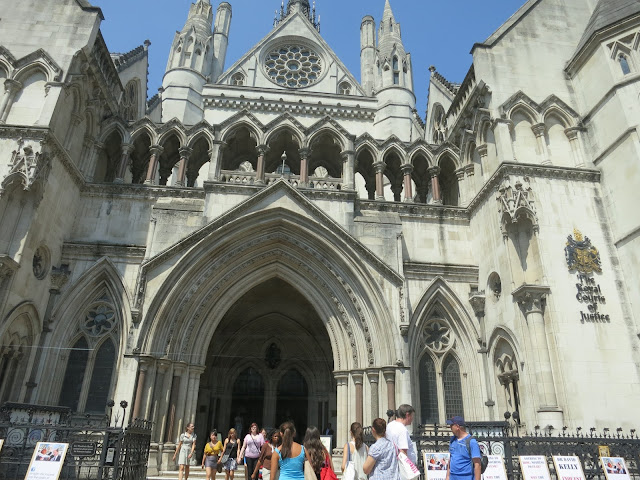 It is letter J at ABC Wednesday and my word is Justice. These are photos of the Royal Court of Justice in London, UK. The top photo was taken from the lower deck of a double decker bus. Initially, I took the picture of the building for the architectural details. At a closer look you will notice the placards propped against the rails and the people looking curiously at them.

The photos below were taken standing across the street a little later. This time you can see protestors holding up the placards. I zoomed in closer and the placards read "Inquest for Dr. Kelly". Not sure what the case was about but it was an interesting juxtaposition to see the protestors in bright daylight against the dark interiors of the chambers where justice is being served. 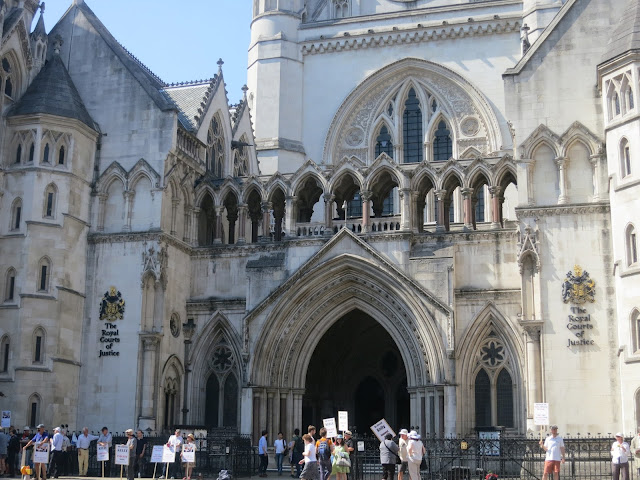 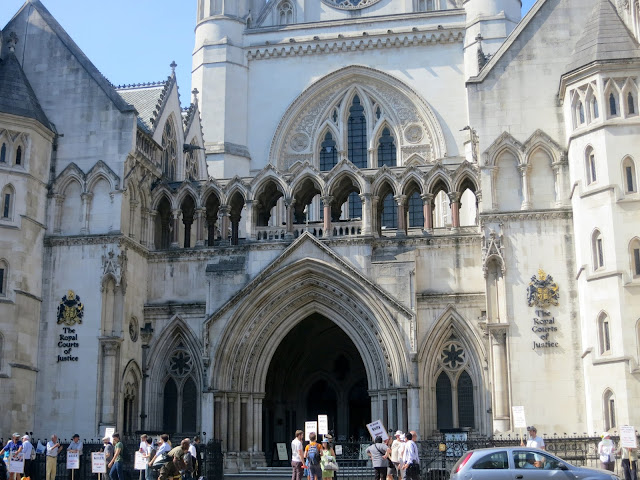