Do-Something-Everyday: My Name is Lucy Barton 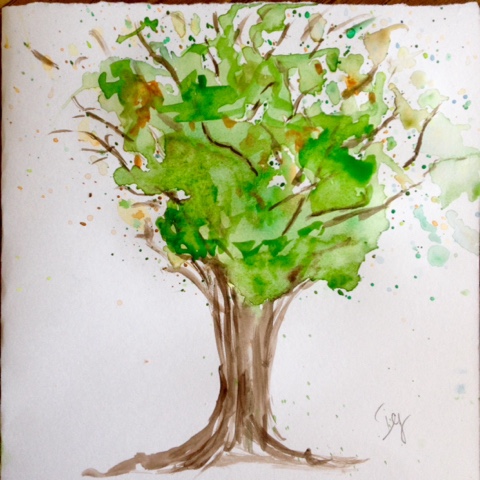 Yesterday evening I finished Elizabeth Strout's latest novel My Name is Lucy Barton. Strout is a Pulitzer prize winning author of Olive Kitteridge, as well as The Burgess Boys, Amy and Isabelle and several other acclaimed novels. Lucy Barton received excellent reviews from all leading newspapers and magazines but I found it somewhat less compelling.

It is a kind of meta novel in that it is a memoir of Lucy Barton written by Lucy Barton. Central to the story is Lucy's memories of her impoverished childhood growing up in rural Illinois in the 60s. The material and physical aspects of desperate poverty are precisely etched on her mind. Here is how she describes it:

"We were oddities, our family, even in that tiny rural town of Amgash, Illinois, where there were other homes that were run-down and lacking fresh paint or shutters or gardens, no beauty for the eyes to rest upon. These houses were grouped together in what was the town, but our house was not near them...we were told on the playground by other children "your family stinks" and they would run off pinching their noses with their fingers...I was often ravenous, and what I had for supper many nights was molasses on bread...Our home was down a very long dirt road. We did not have any neighbors nearby. And we did not have a television and we did not have newspapers or magazines or books in the house".

And what was the house like? For the first eleven years of her life, she, her two siblings and her parents lived in a garage that belonged to her great-uncle and in the garage there was "only a trickle of cold water from a makeshift sink". When the garage got too cold in winter, Lucy would stay late at school in the warm classroom doing her homework and reading books. She makes perfect grades and in her senior year gets full scholarship to attend a college outside Chicago. Leaving Amgash and her family behind, she makes her way from Chicago to  New York, gets married, has a family and becomes a writer.

But Amgash and the effects of poverty never quiet leave Lucy. They follow her in her ignorance of popular cultural knowledge, an absence of dress sense and, muddled hazy memories of mental illness, trauma and abuse she may or may not have witnessed.  In one poignant moment in the book, looking back on the early years, Lucy thinks may be it was not that bad. But "there are times, too--unexpected-- when walking down a sunny sidewalk, or watching the top of a tree bend in the wind, or seeing a November sky close down over the East river, I am suddenly filled with the knowledge of darkness so deep that a sound might escape from my mouth, and I will step into the nearest clothing store and talk with a stranger about the shape of sweaters newly arrived. This must be the way most of us maneuver through the world, half knowing, half not, visited by memories that can't possibly be true".

Exactly what was that dark knowledge Lucy never quiet tells us. She mentions the Thing, meaning an incident of her father 'becoming very anxious and not in control of himself'. Eventually, the readers with a couple of contrived narrative devises, come to understand that her father who fought in World War II suffers from PTSD and is prone to sexual exhibitionism.


I had two problems with the book. First, I did not find Lucy believable. I did not get a sense of what made her tick. Apart from the fact of her deprived childhood, her life moves forward without major bumps with strangers inexplicably smoothing her way. There is the high school guidance counselor who gets her admitted to college on full scholarship and even drives her there the first time. In college she has an affair with an art professor and at the age of twenty marries a well educated young man with a job in the city. While raising two daughters, she gets two stories published seemingly without much struggle. At the hospital, the doctor bills her for only five visits when he has been attending to her for months! Even as her marriage is falling apart, her husband pays her to attend a writing workshop where the teacher takes a personal interest in her work. As a writer, she becomes rich enough to pay for her own therapy and botox injections. The second time she gets married to a brilliant cellist. Really, what made her so effective? At one point, she calls herself ruthless, but exactly how so?

For a writer, she is completely uninterested in knowing how it was for her siblings to grow up in that household. Were their memories of their parents same as hers? Why was her brother, who at the age of thirty six still living with their parents, and sleep at night with the pigs that will be taken for slaughter next morning? As an author and as a sibling she fails totally.

The second problem I had with the novel was the ambiguous references to the father's mental illness and the nature of abuse. Without knowing what exactly that Lucy was struggling with, the elisions became a distraction and after a while you stop caring.

My name is Lucy Barton is a short novel that can be finished in one sitting. I wish it had been a richer book with the details filled out.