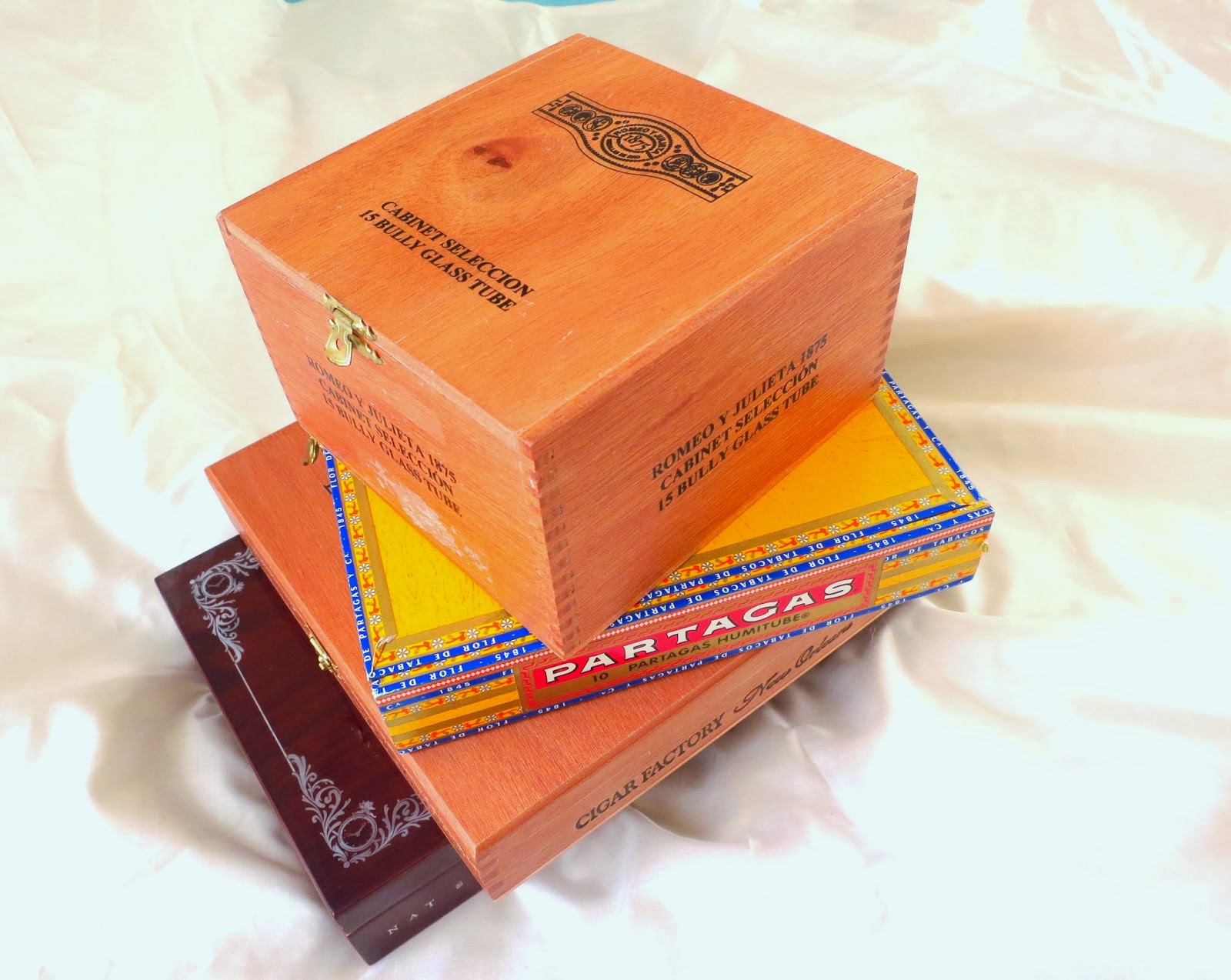 Yes, it's true. Cigar shops sell cigars and empty cigar boxes. According to an article in the New York Times, women are the biggest buyers of empty cigar boxes. It both puzzles and amuses cigar sellers. But we women know why. We buy them to alter into handbags, altars, mixed media art and anything and everything else. I am one of those women who buys empty cigar boxes. There is a convenient store on Route 4 East that shares floor space with Dunkin Donuts. Sometimes, on my way to work I stop to buy coffee. As I exit from the shop, empty cigar boxes piled on top of the cupboard catch my eye. Once in a while I get tempted. They are about $5 a box. I have collected a few though I have not decided what I want to do with them. All of them look so nice on their own, it seems a shame to alter them. They also smell good. They are still waiting for my muse. Below is a sampling from my collection: 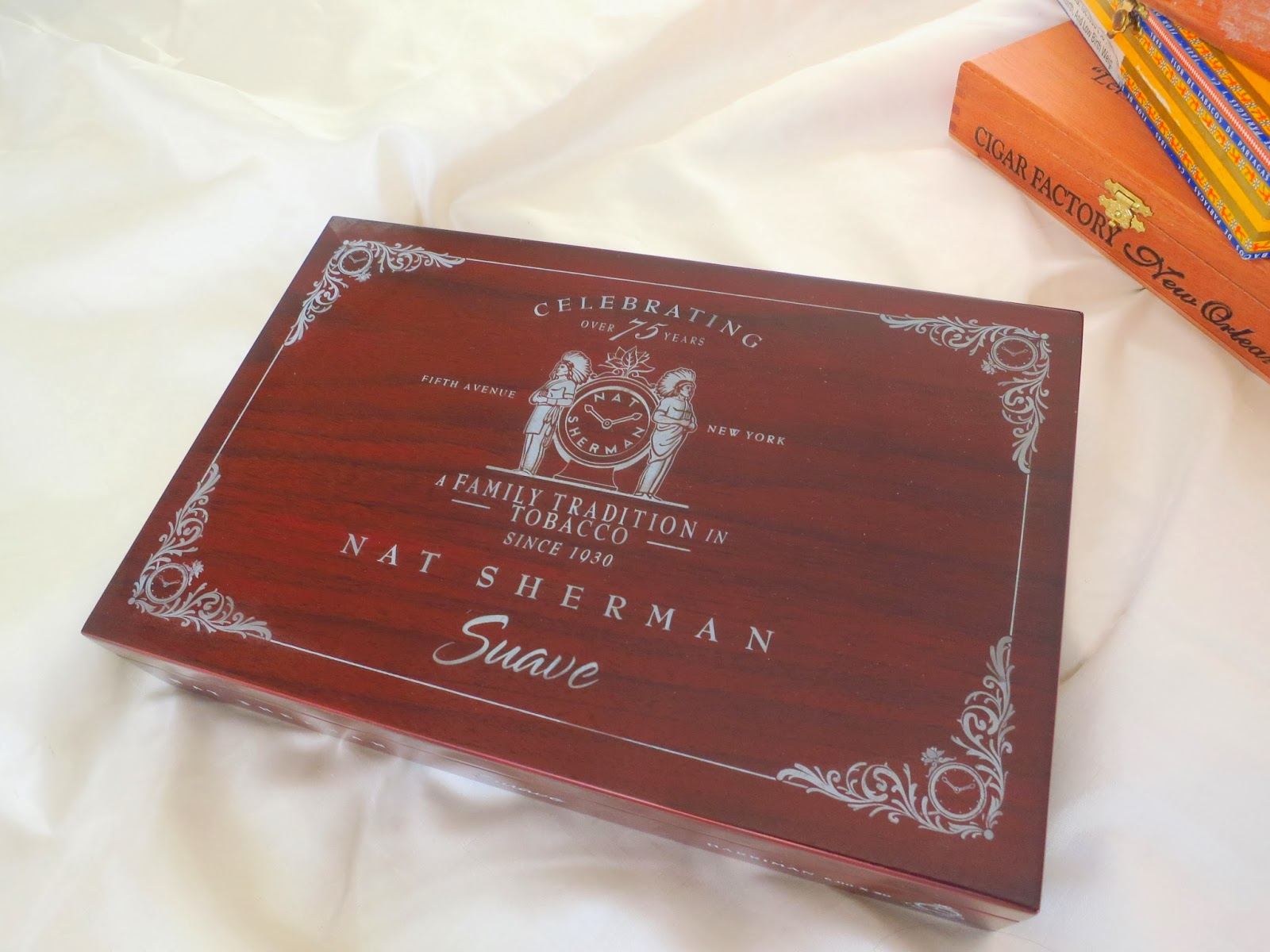 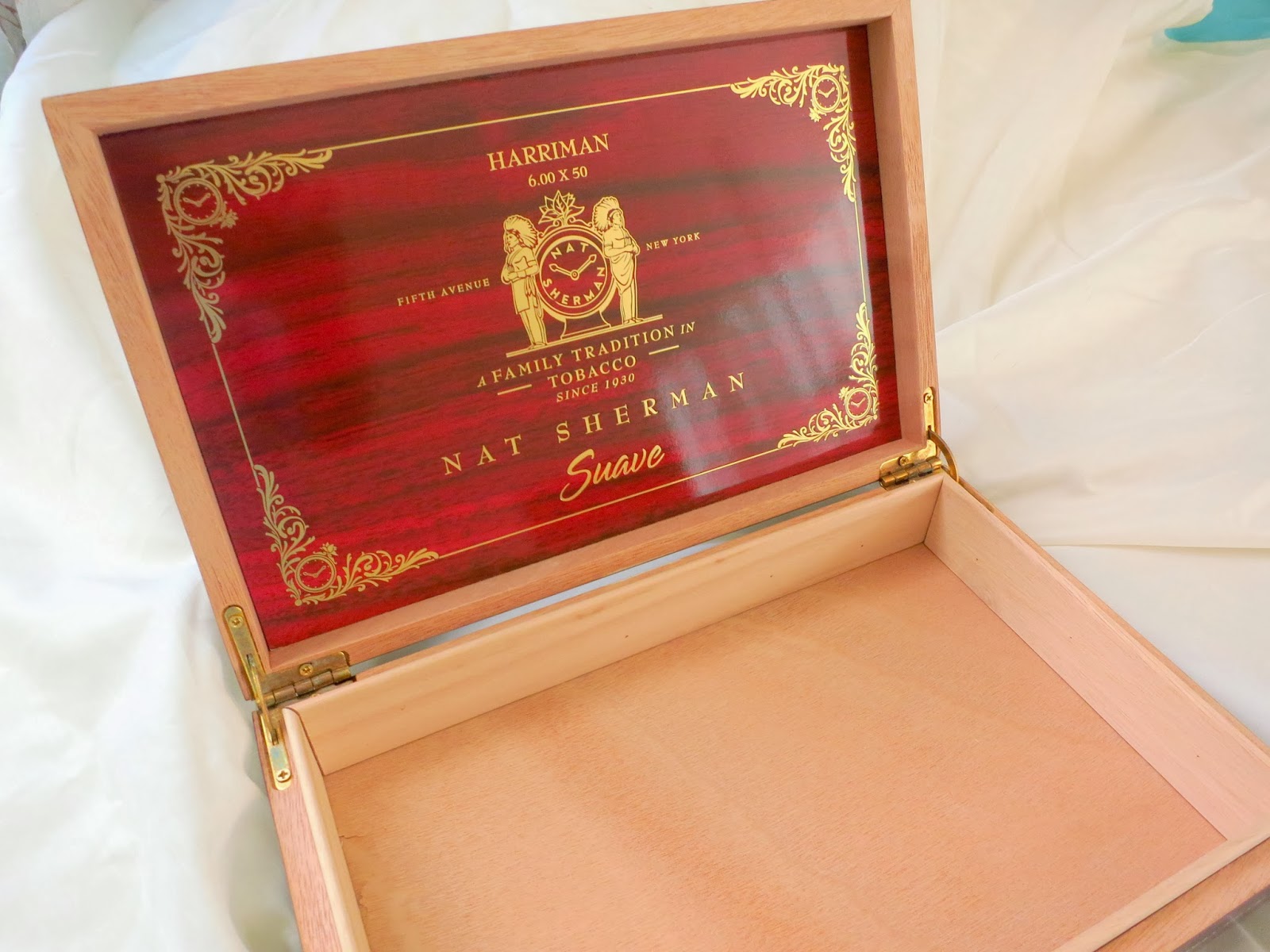 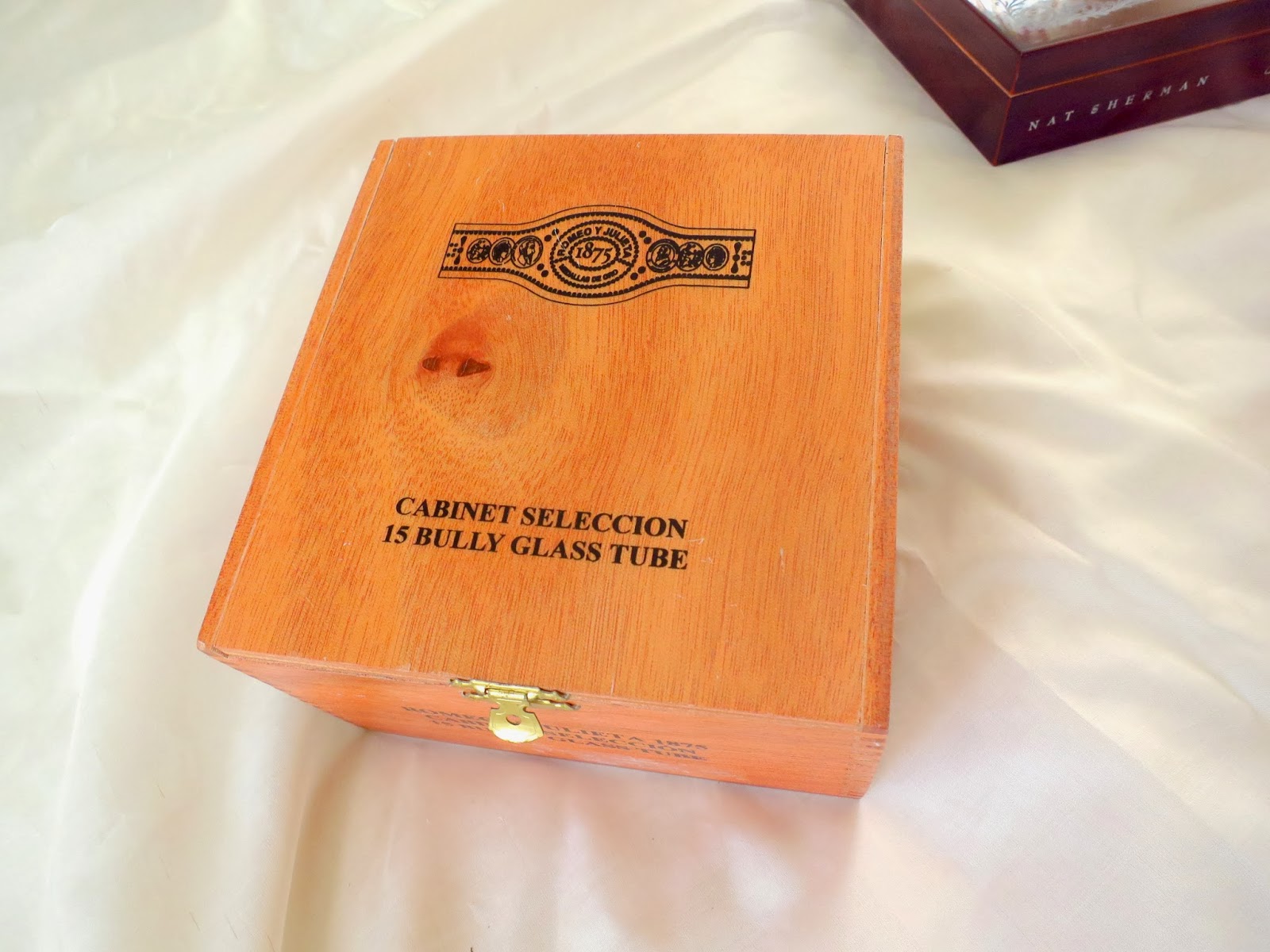 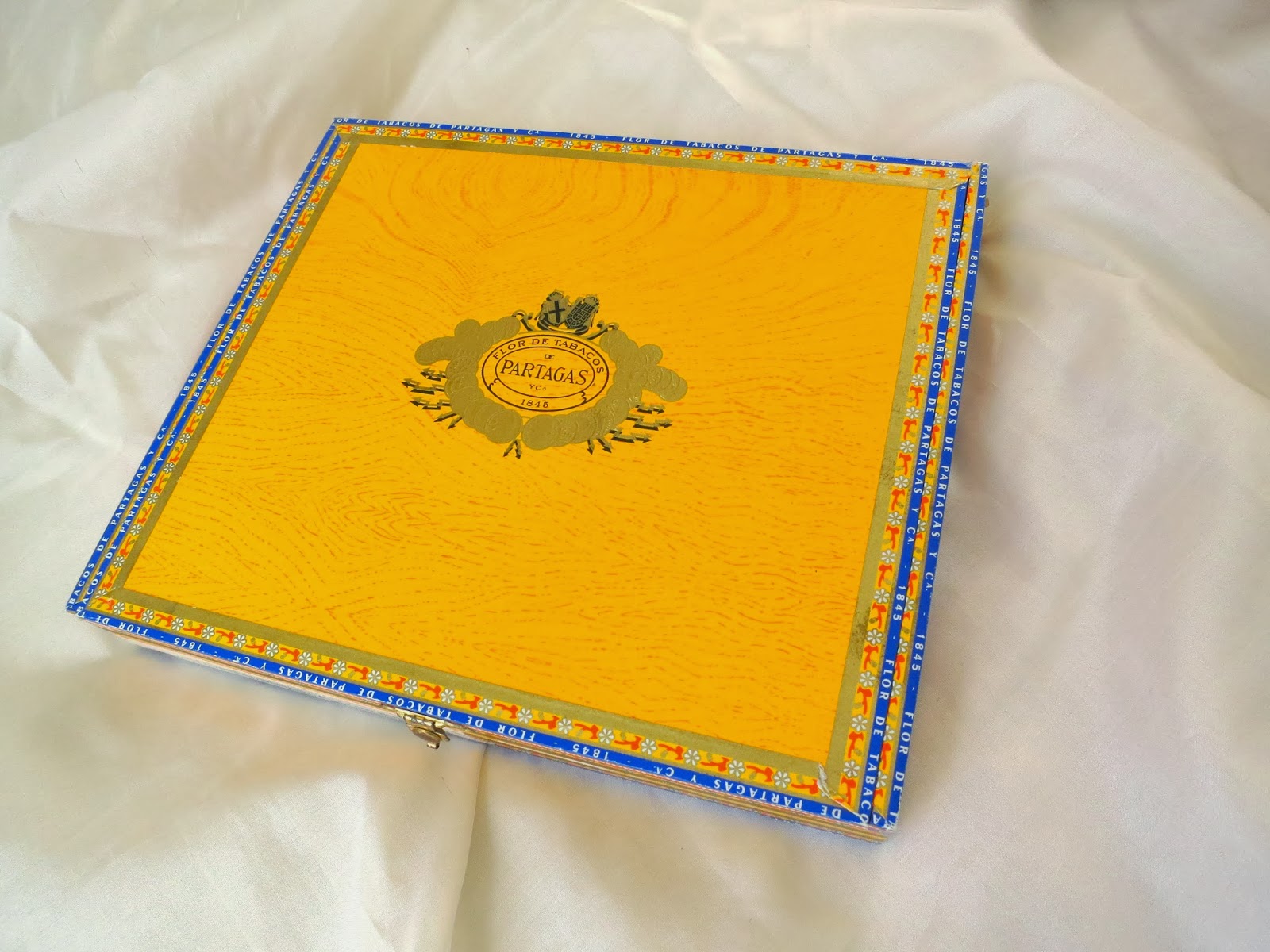 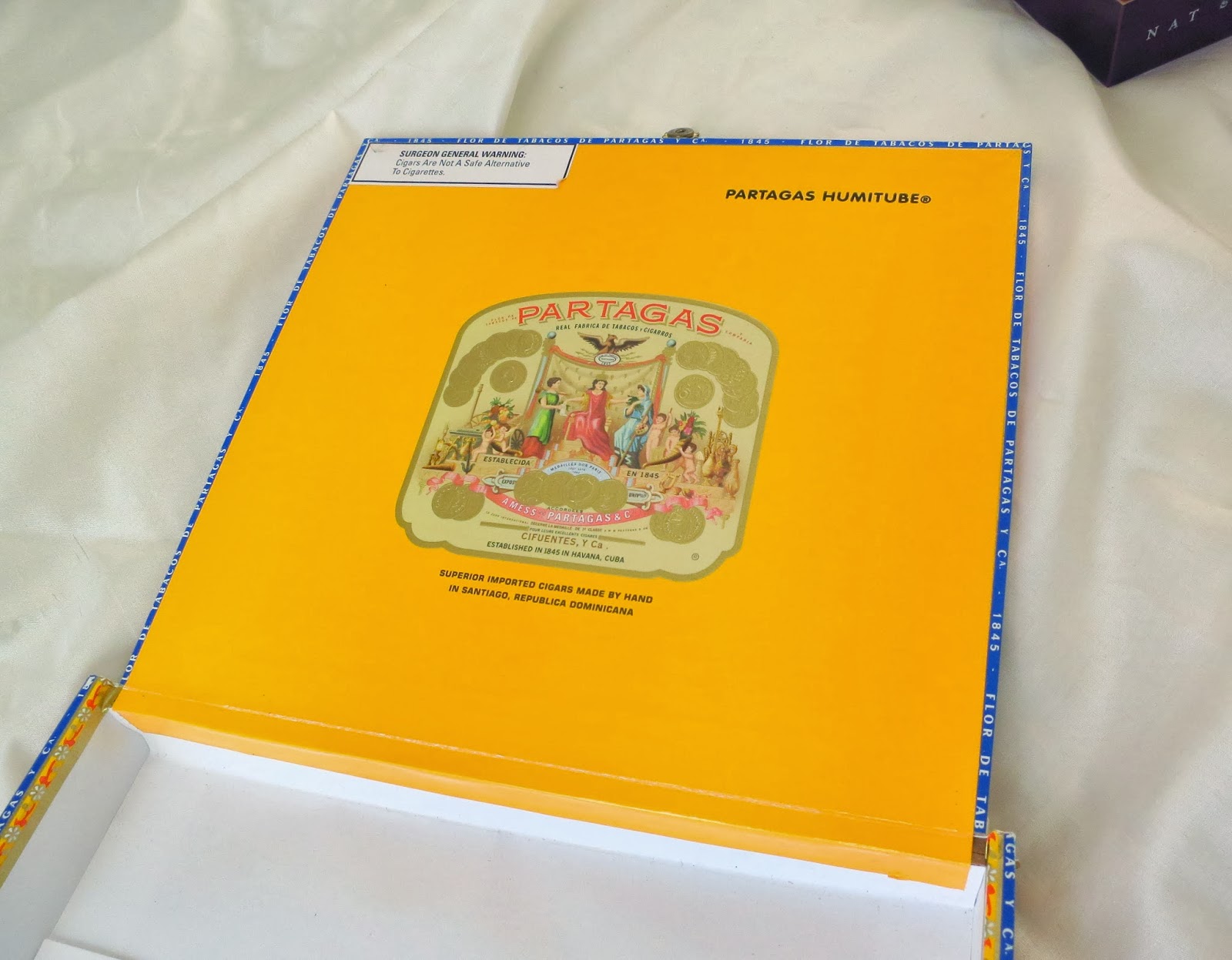 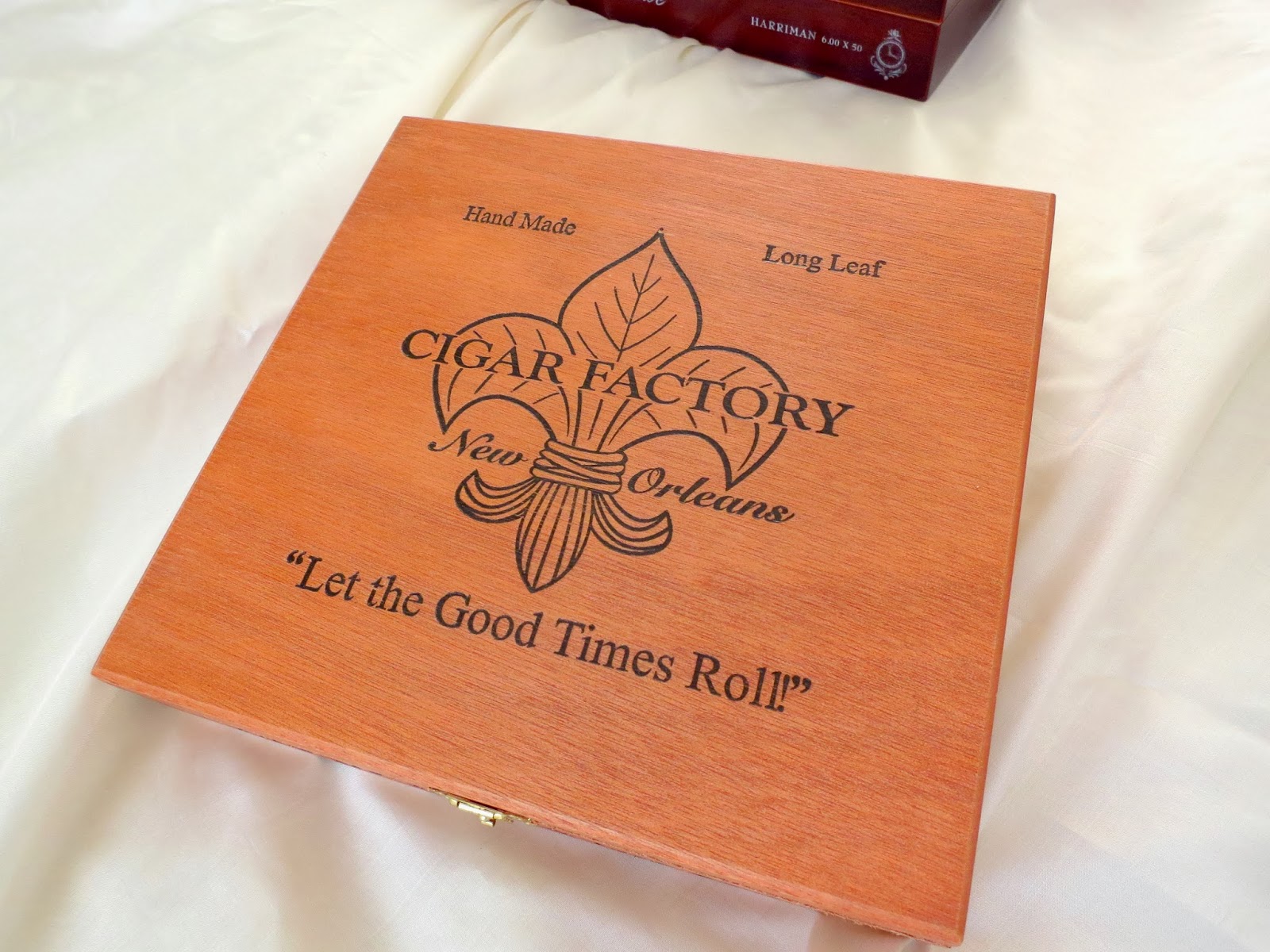 This one above, I actually got in New Orleans from a cigar shop on Decatur Street where  cigars were actually rolled on the premise. It was seedy enough to convince me that they were rolling more than cigars there. When I asked  if they sold empty cigar boxes, one of them took me to the back of the shop into a glass enclosure and asked me to take my pick. I got the distinct impression that he was waiting to be asked for something more than an empty cigar box. But, I really wanted only a cigar box! 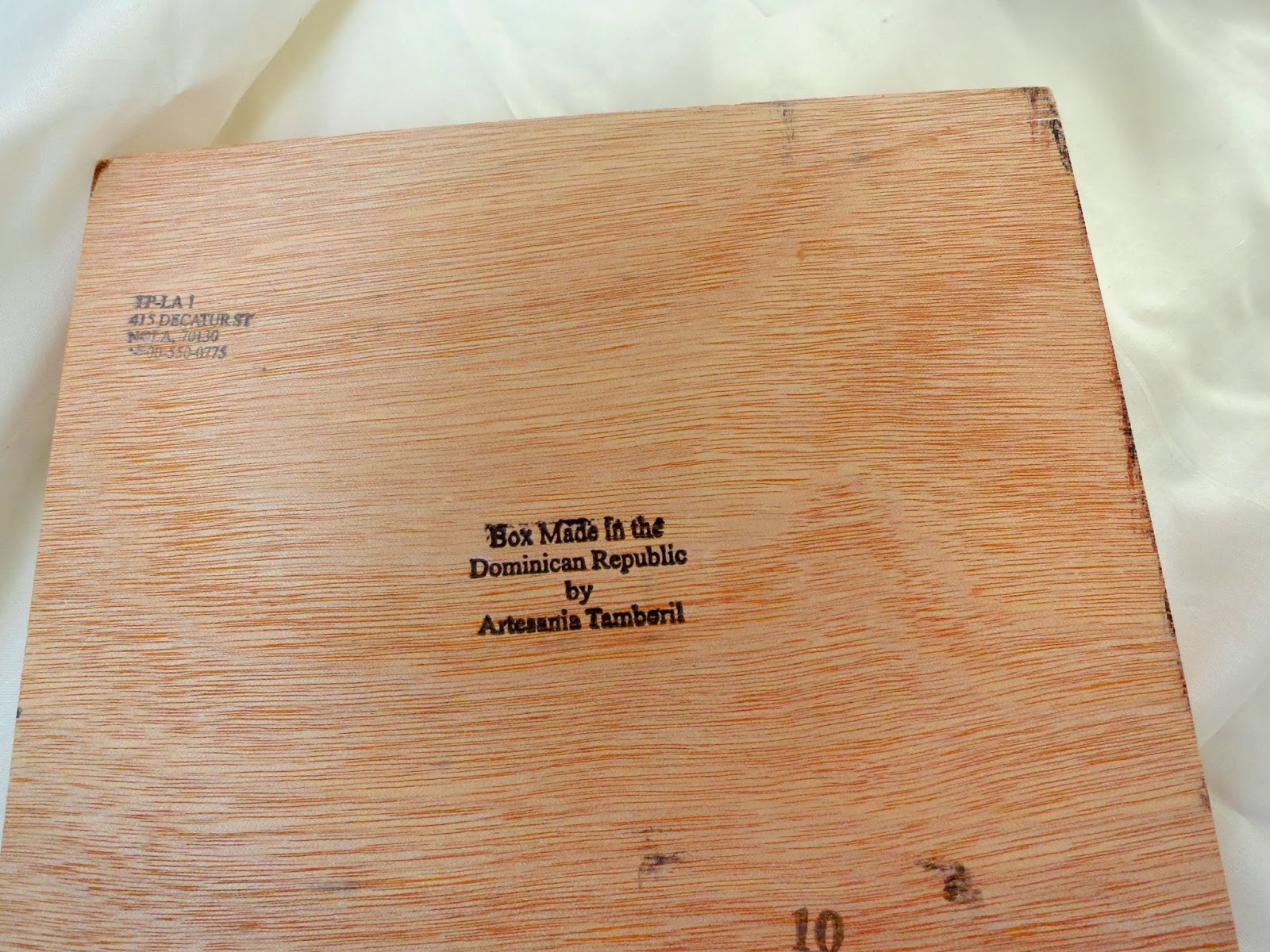