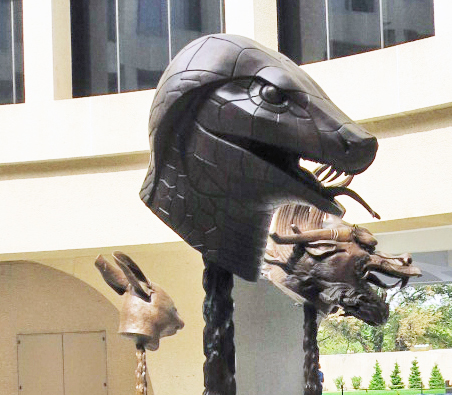 On a recent trip to Washington D.C., I got the chance to see the Circle of Animals (Zodiac Heads) exhibition by Ai Wei Wei at the Hirshhorn's Museum. A well-known artist and sculptor, Al Wei Wei has become more famous recently as a tough and outspoken critic of the Chinese government for which, he has been beaten, detained, imprisoned and charged with tax evasion.

The Circle of Animals is an outdoor art exhibition consisting of the twelve animal heads  of the Chinese Zodiac: snake, horse, ram, monkey, rooster, dog, pig, rat ox, tiger, rabbit and the dragon. Each head, located on slender pedestal is 10 feet tall and is displayed around the perimeter of the fountain in the Museum's central Plaza.

If you are interested in Chinese astrology but apolitical, you can enjoy this collection for its masterly craftsmanship. Though many of the characters are cast in a bland mode (like the grinning monkey), some are so startlingly fierce and angry you could almost imagine their jaws snapping at you. 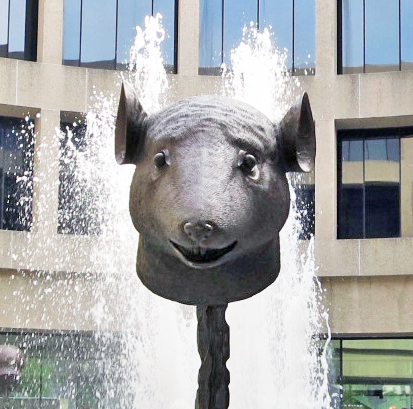 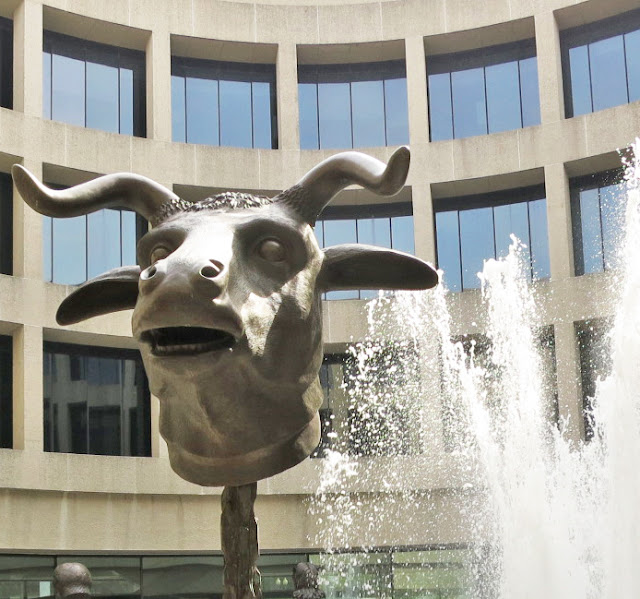 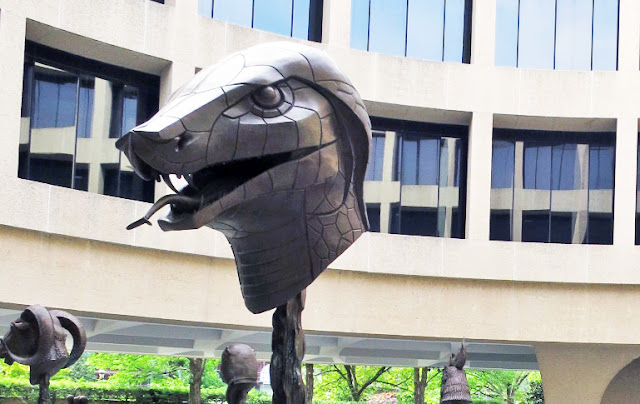 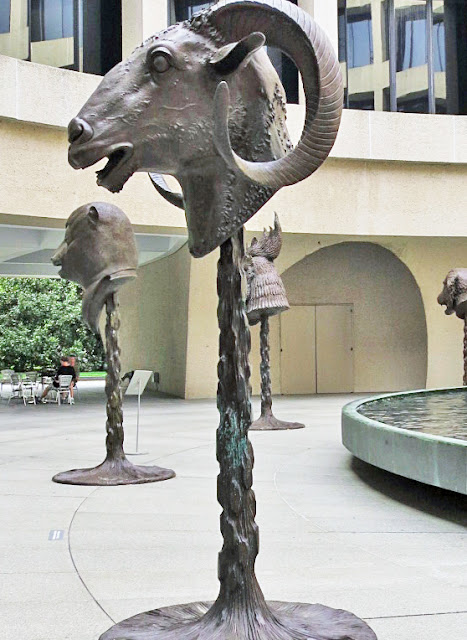 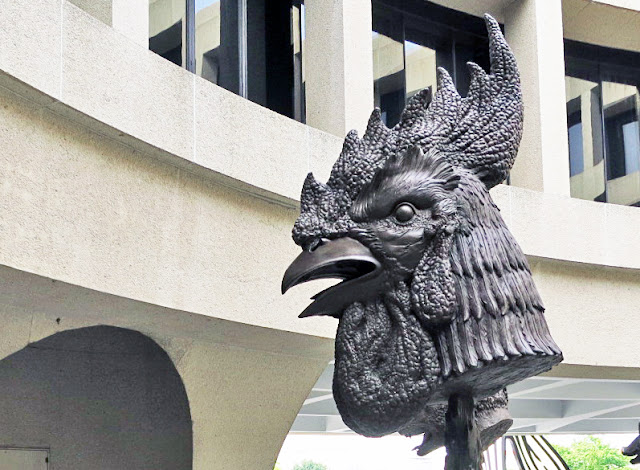 Yet, to those who are familiar with Chinese history, the collection refers to a very painful chapter in imperial China's encounter with the European powers. It is based on a original 18th century sculptures that were designed for the clock of the Yuanming Yuan ( Garden of Perfect Brightness), an imperial retreat outside Beijing, and were pillaged by the British and French soldiers during the Second Opium War in 1860. Since 2000, the Chinese government has successfully retrieved some of them but the whereabouts of several others remain unknown.

Enjoy and thanks for visiting.